There I Was David Sherman 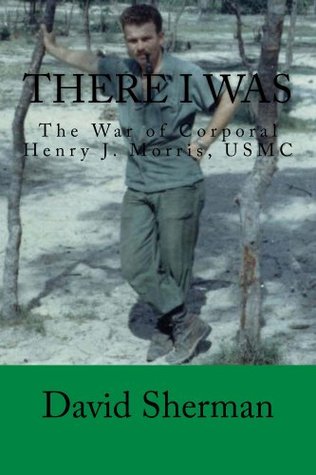 If they have, they dont need to hear the stories.In There I Was- the war of Corporal Henry J. Morris, USMC, Marine veteran of the Vietnam War Henry J. Morris, sits down with his son twenty years after he returned from the war to tell him about his experience. Henry J, as he is known throughout the novel, fully expects his son to follow in his footsteps, join the Marines, and go off to fight a war.But Henry J.

is telling his war stories to someone who has no experience, no knowledge of the reality of combat. So none of his stories are fully accurate. Details are often distorted, and many details are omitted. Sometimes the story Henry J. tells is very different from what actually happened.In a series of short monologues, Henry J. tells his stories to his son. Each monologue is followed by a straight forward narrative of the event.The combat in There I Was is not the same as the combat in my series The Night Fighters.

The Night Fighters series was the story of a Combined Action Platoon, a small unit living in a Vietnamese village, working with the people to protect them from the Viet Cong and the North Vietnamese Army. The Marines there had a very different view of the war from most other Marines fighting those same VC and NVA.

In There I Was, Henry J is in a line company going on battalion operations with generally minimal contact with the Vietnamese people, nothing like the personal association the CAP Marines had with the villagers--the CAP Marines saw the villagers as their friends and neighbors. In some ways, the combat in There I Was is far more brutal than the combat in The Night Fighters.

Comments
Comments for "There I Was":