Racisms: From the Crusades to the Twentieth Century Francisco Bethencourt 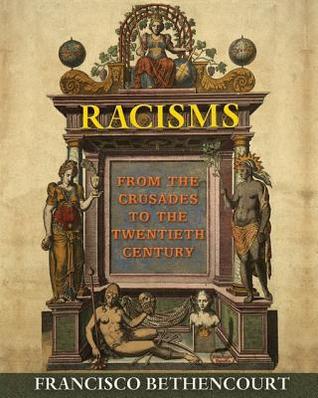 In this richly illustrated book, Bethencourt argues that in its various aspects, all racism has been triggered by political projects monopolizing specific economic and social resources.Bethencourt focuses on the Western world, but opens comparative views on ethnic discrimination and segregation in Asia and Africa. He looks at different forms of racism, particularly against New Christians and Moriscos in Iberia, black slaves and freedmen in colonial and postcolonial environments, Native Americans, Armenians in the Ottoman Empire, and Jews in modern Europe.

Exploring instances of enslavement, forced migration, and ethnic cleansing, Bethencourt reflects on genocide and the persecution of ethnicities in twentieth-century Europe and Anatolia. These cases are compared to the genocide of the Herero and Tutsi in Africa, and ethnic discrimination in Japan, China, and India. Bethencourt analyzes how practices of discrimination and segregation from the sixteenth to the nineteenth centuries were defended, and he systematically integrates visual culture into his investigation.Moving away from ideas of linear or innate racism, this is a major interdisciplinary work that recasts our understanding of interethnic relations.

Comments
Comments for "Racisms: From the Crusades to the Twentieth Century":