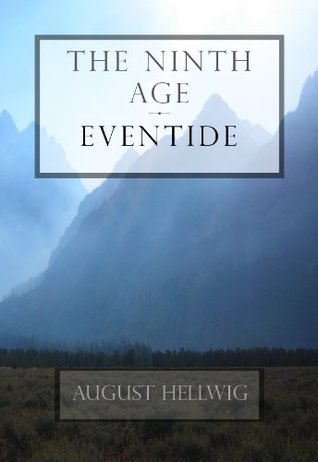 Thought too terrible to be anything but legend, the primeval spirits of the First Dark Age have returned. Those called upon for resistance must look to the ancient heroes of the First Primal War if the world will know the dawn, for already Eventide has fallen and the night is deepening.The Ninth Age - Part OneIt was a peaceful time in the Westmesne, a time of green and quiet, but it would not be so for long.

Away in the north, in the lands once held by the ancient enemy long fallen, foreign nations gather in the darkness, ancient fortresses are rebuilt and the lichs have reappeared. Malicious and ancient spirits bent on revenge, the lichs lead the old countries, creatures and fortresses to war against the Westmesne, but this war comes sooner than was hoped. The vanguard of the enemy hosts, the armies of the cold desert nation of Neros have set out for war against the Westmesne in a desperate effort to preserve the West, by aiding in its destruction.The charge of halting the North and saving the Westmesne has fallen to Stranger, the quiet traveler, the rangers that he calls friends, and their allies, Exley and Mordechai the sorcerers of the Conclave, and they must do all they can to hold the countries, armies and masters of the Westmesne together, before all is lost, and the world is laid to ruin.In a quest that spans more than a thousand miles, one dozen countries, and merely a few of the deadly agents of the lichs, Stranger and his band must rally the nations to the walls of the age-old city of Hollomoor, for that ancient fortress holds a heavy secret and there they decide the fate of the Westmense, and the course of events to come.The following is a selection of the journal kept by Kismet, sorcerer-spy, and operative in the northern territories recently fallen under the domain of the lichs.Eventide has fallen and its embrace is chill.The days dawn black under a cold moon, for we have felt no warm light of the sun for weeks beyond reckoning.

The lands of the distant north are dim and lifeless, and yet all about us fallen spirits and risen dead roam free. We were sent here, dispatched to the ends of the world to find the enemy, to evaluate those reports too evil to be believed and appraise the greatest threat yet known in this age and many before, but already our labor is done, for there can be no uncertainty now, our most ancient and terrible foe has arisen: the lichs have returned.What news we now bear is of no comfort and we are burdened by it: every fear is realized, every nightmare manifested, every dreaded rumor of these dismal countries is proven beyond doubt.

We have come and born witness to mighty halls of obsidian founded from within the earth and soaring up to the starless dark of the sky. There are unassailable gates, untestable spires and hopelessly insurmountable walls of stone and steel looming from horizon to black horizon: adamantine citadels, battlements of death most assured and from every height the banners of our enemy thought too terrible to exist now fly beyond hope of contest.We have passed from shadow to somber shadow and have left every memory of our time, passing far into the deathly pages of the distant past for this ground we tread can be no land upon the Earth.

There is no rest in sleep, as the blackest visions fill our dreaming minds, ever do we fear for our beating hearts as we wander abject for all the dim day and dark night and never can we go without the notion of a following presence that we cannot abandon for any speed or secrecy. We are hunted, haunted and now fall to despair.

Comments
Comments for "The Ninth Age - Eventide - Part One - The Stranger of Holthaven":